Mehamuktha Choornam is a special combination of following herbs, devised by us after many research and experiments on patients. 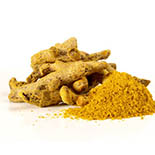 (Haridra)- Harida provides Vipaka Effect. This effect is felt in the large intestine. The pungent or drying vipaka in haridra is a good corrective for excess toxic waste and is used to reduce Kapha. 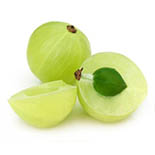 (Amla)- Emblica exerts an anti diabetic effect via the action on pancreatic cells that stimulates insulin secretion and diminishing glucose intolerance. Emblica contains natural anti oxidants including gallic acid, gollotanin ellagic acid and corilagin among others which have antioxidants and free radical scavenging properties. The plant has been shown to have hypo glycemic effects as well as to protect against cardiac complications, diabetic nephropathy, neuropathy and cataracts. 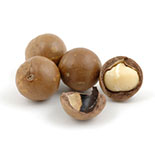 (Nirmali seeds)- The main ingredient in kashayam ‘Nisakathakadi’- which acts on the urinary system. It lowers blood glucose level and improves insulin function by reducing insulin resistance. Helps prevent diabetic complications including diabetic nephropathy, neuropathy and gastroparesis. It is also as effective solution for excessive urination that occurs due to diabetic mellitus. 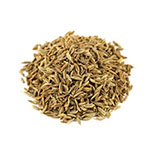 Wild cumin seeds contains a chemical component thymoquinone that protects the B-cells of the pancreas from oxidative stress. It also helps increase the production of insulin by pancreas. A 2010 study revealed that a dose of 2mg/day showed significant reduction in fasting blood glucose, post meal blood glucose and diabeticHbA1C. 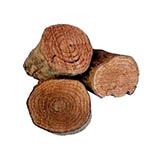 (Ponkaranti)-A medicinal herb which appears to have anti diabetic properties. It controls diabetes by inhibiting carbohydrate uptake from the intestine. It is proved to be very effective in this. It is also anti obese and lowers LdL cholesterol. 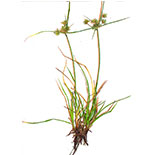 (Nut sedge)-Lowers diabetes with its high level of antioxidants. It is also used to improve the function of nervous system. (Damage to nerves can lead to loss of feeling in extremities such as fingers and lower legs.) 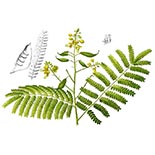 (Sappan wood)- sapan wood is used in mehamuktha choornam to act against thirst and urinary disorders due to diabetes. 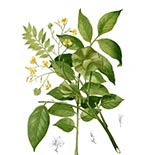 ( Vijaysar)-vijaysar continues to be used for diabetis for thousands of years. In ancient time people had a unique method of implementing Vijaysar tree for dealing with diabetes. They designed tumblers from wood of Vijaysar tree. Patients were made to consume water and food in these tumblers. Vijaysar controls blood sugar level in diabetes. It also lowers the symptoms of diabetes such as frequent urination, over eating, regular thirsts and burning pain in limbs. 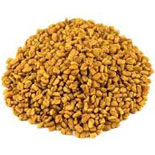 Methi seeds have been shown to have an effect on blood sugar and cholesterol. These seeds are high in soluble fibres. Soluble fibres like Glactomannam help in lowering blood sugar by slowing down digestion and absorption of carbohydrates. It is also rich in many vital vitamins that are essential nutrients for optimum health including thaiamine, pyridoxine,folic acid, riboflavin, niacin, vitamin A and vitamin C.